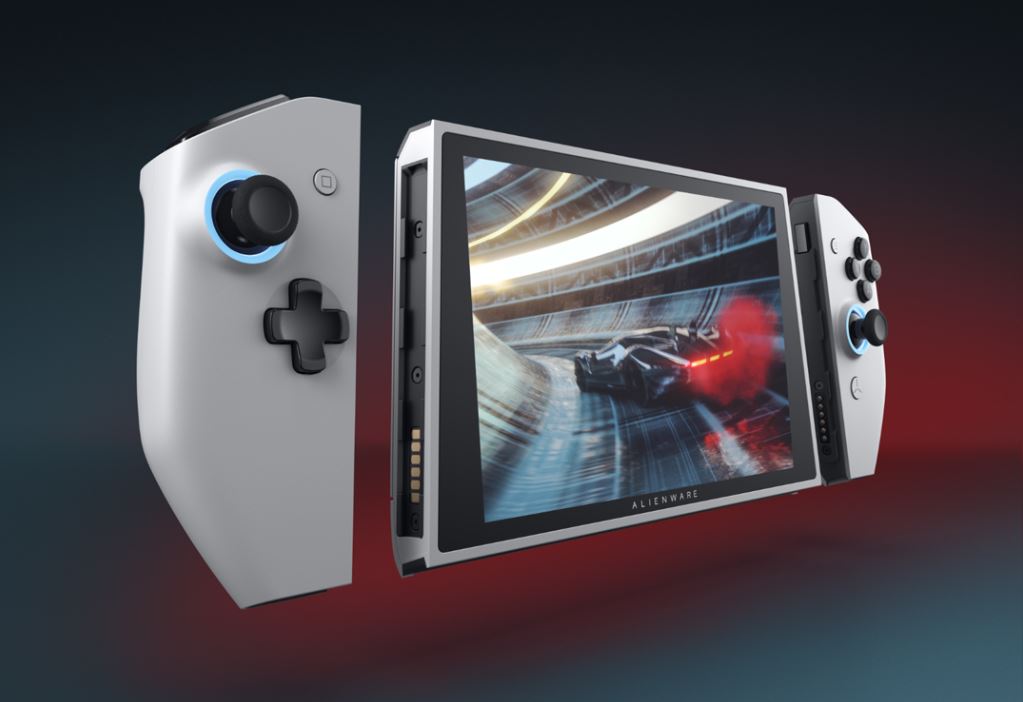 At CES, Dell Alienware unveiled the Concept UFO, a handheld gaming PC that looks like a Nintendo Switch. The Concept UFO comes with a 8-inch display, removable gamepads and runs full Windows 10. Similar to Nintendo Switch, you can dock this device to a docking accessory to enjoy gaming on big screens. In order to optimize the user experience for small screen, Dell has built a custom app on top of Windows 10.

The Concept UFO is powered by 10th Generation Intel Core processors along with WiFi, Bluetooth, and Thunderbolt for high performance gaming, networking and connectivity.

Dell allowed some media people to try this device at CES. As per the reports, the Concept UFO was able to deliver around 45 fps when running F1 Racing in handheld mode. Also, since the device was bulky and heavier than Switch, it was difficult to play for a longer period of time. The gamepads were decent, but it requires some tweaks to make it work.

With anything you’re going to hold in your hands while you play, it must feel “right” as soon as you pick it up. Our teams have invested hundreds – if not thousands – of hours on the controller design features and ergonomics. And we’ve spent the last few months testing and enhancing the buttons, the weight, all to strike a perfect balance between performance, ultra-mobility and battery life.

Dell clearly mentioned that Concept UFO will not be on sale anytime soon. Dell is just exploring different form factors of Windows PCs.