The Call of Duty Endowment Program Continues to Impress

Thanks to the Call of Duty Endowment program, 11,661 more veterans are working fulfilling jobs because of their work last year. The Endowment program is in its tenth year and the influx of veteran workers is thanks to world-class grantees, the gaming community, corporate partners and dedicated Activision Blizzard employees. The value created through the salaries of the 11,661 veterans surpasses $700 million and 93% of the jobs are full-time. Gamers can support the program financially on Crash Team Racing Nitro-Fueled for Xbox One, PS4 and Nintendo Switch and Call of Duty: Modern Warfare for PC, Xbox One and PS4. 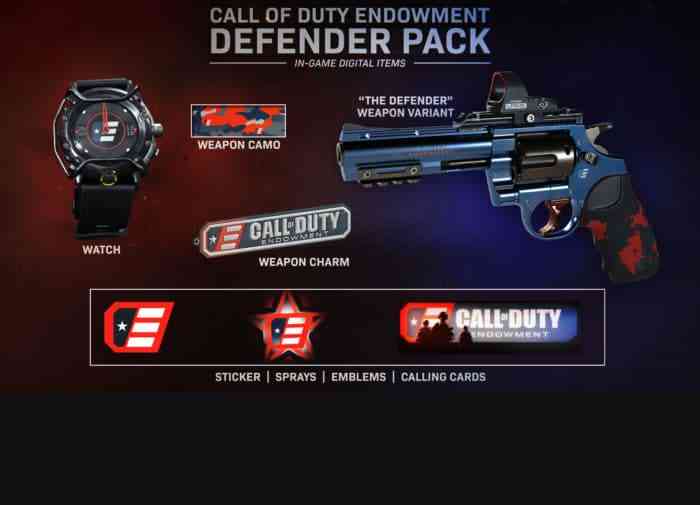 “Last year, we placed 11,661 heroes into new jobs, and our cost of placement remains a fraction of the Department of Labor’s placement expense,” said CEO of Activision Blizzard and Co-Founder of the Call of Duty Endowment, Bobby Kotick. “The average starting salary is over $60,000, and over 81% of our placements are in jobs lasting one year or longer. The Call of Duty Endowment team continues to lead our efforts with excellence.” This success is partly thanks to partners of the program such as Costco, GameStop and Humble Bundle.

Most of the jobs generated through the Call of Duty Endowment program have been retained beyond a one year period, with 81% of veterans lasting the whole year and 88% lasting six months. The program was nominated for the 2020 Engage for Good Halo Award for Social Service and it won a Vetty Award in the category of Employment for Activision Blizzard’s work in helping veterans find high-quality careers. The Defender Pack in Call of Duty: Modern Warfare, has become the Endowment’s biggest and most successful digital item so far and all proceeds have been used to get veterans employed.

Are you impressed with Activision Blizzard’s success in getting veterans gainful employment? Would you purchase a Defender pack for your favorite game? Let us know in the comments below!