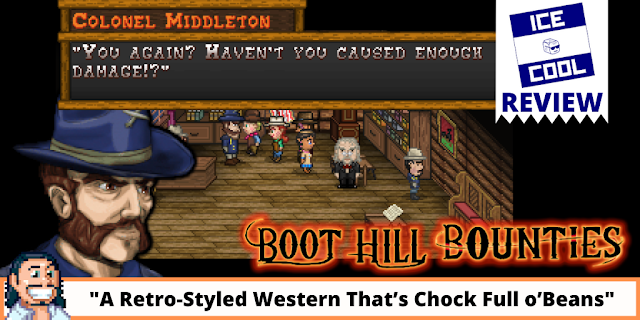 Presented in a visual and gameplay style most reminiscent of cult SNES classic Earthbound, Boot Hill Bounties is a game that sucked me in far deeper than I would have expected and I loved every moment of it.

A sequel to Experimental Gamer Studios’ Boot Hill Heroes, this was originally released on Steam in 2017 and has now been ported to the Nintendo Switch, the game puts you in control of Kid, Doc, Moon Dancer and Rosie as they make their way across the West in a bid to bring down the Saints-Little gang, a posse of no-do-gooders that have been terrorising the country.


Your journey will take you through a Mexican mission, a travelling circus and plenty of towns filled with side-quests and folk to talk to. 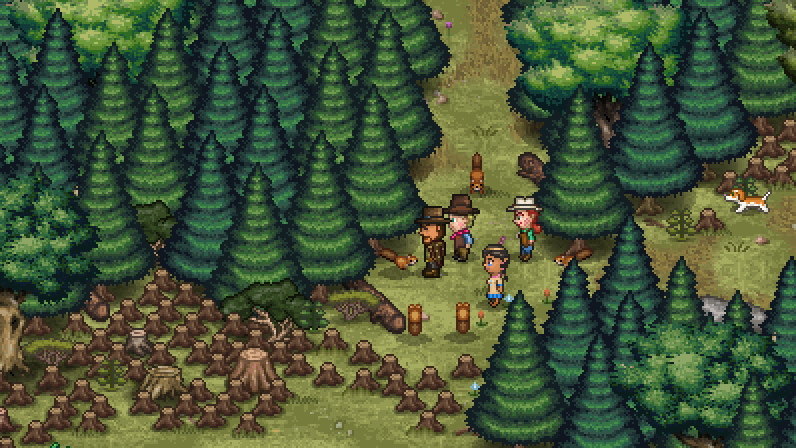 As stated above, Earthbound is very much a template here in the general presentation and style, that said, through the turn-based combat and gentle humour I also got a strong vibe of a more niche favourite of mine, The Superhero League of Hoboken, and that’s absolutely fine.


Whilst the general overworld is presented from an isometric viewpoint with your characters trailing in single file, the combat itself is turn-based and this is really where I got my sense of Superhero League of Hoboken.
If you haven’t played the original game, Boot Hill heroes, it matters little as brief flashbacks take place whenever a key character is introduced, giving a succinct ‘catch-up’ so that you have the context of their place in the ongoing story.


Boot Hill Bounties isn’t shy and does initially like to bombard you with tutorials through the medium of the main character’s dog, Rusty. He acts as not only a guide but also a save point, following you as he does throughout the game and getting into the occasional scrape in which he invariably needed your assistance to get out of.
The music is glorious, which is to be expected as it is supplied by Jake ‘Virt’ Kaufman who you may recognise from Shovel Knight and the Shantae series. All of the music and sound effects are designed to please you, whether it be rolling tunes as you make your way across the prairie or the delightful rings and chimes that signal a levelling up or unlocking of an item, they are of ‘Nintendo’ levels of quality and always feel satisfying. 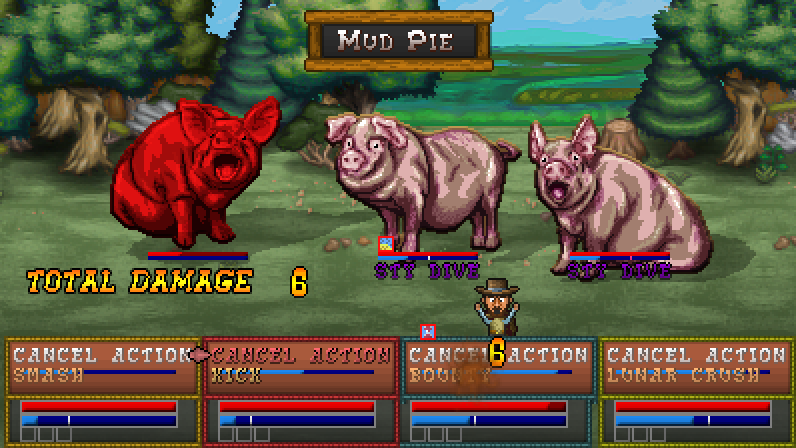 The mix of turn / time-based combat – you can pause at any moment – allows for strategy, if required, and it will be, against the myriad opponents before you. The various hats in the game unlock entirely different sets of attacks, effects and buffs so you can tailor the style to suit the situation.


I was also a fan of how the game has a sense of innocence permeating throughout. The tongue-in-cheek enemies of various animals and flora are never ‘killed’ but ‘defeated’ and comments are made after battles in which a character will make reference to how enemies will ‘regret taking us on when they wake up’ and usually throw in cheeky a  pun or two, it makes the game feel almost like children playing imaginary games and it was an aspect of the game I enjoyed.


That said, whilst there is whimsy here, I enjoyed how ‘grounded’ the story was, Experimental Gamer Studios really have a grasp on the western theme and on several occasions I had to look up what certain terminologies meant. Not that this got in the way of the narration, it’s simple enough to work out the context, I just enjoyed how dedicated the design was to the cowboy theme and wanted to broaden my own knowledge on the subject. 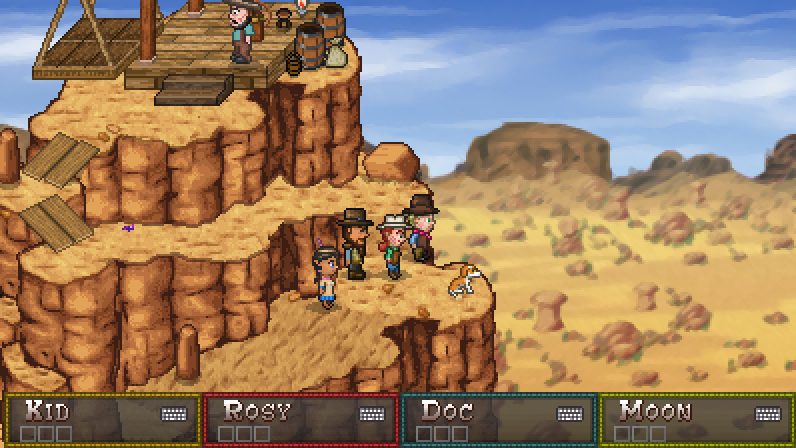 In summary, I really like Boot Hill Bounties, it is a game clearly crafted with love and, whilst it does have darker moments, the lightness of touch in the design keeps things airy and fun.


There may be nothing new here in terms of story beats and gameplay but that didn’t bother me one iota, it’s a lovingly-crafted game that keeps me coming back because it’s fun and I want to know the full story of Kid and his gang…even if I never win that cookery competition…. 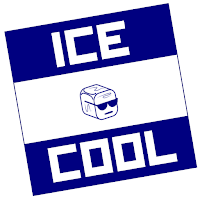 ❄️ RATING: ICE COOL ❄️
Ratings Explained
ICE COOL (Great Game Recommended)
MELTING (Recommended with reservations, one to consider if you are a fan of the genre)
MELTED (Not A Recommended Purchase)