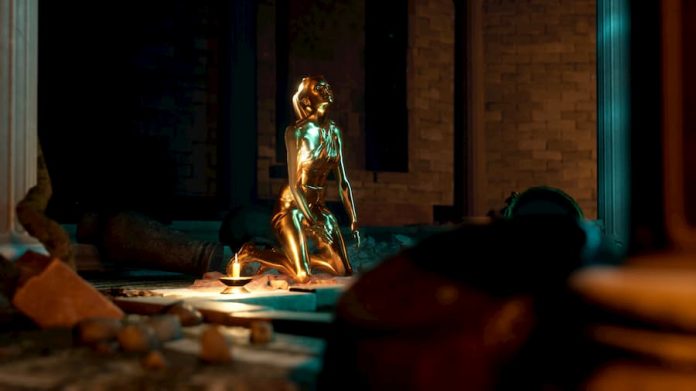 Re-imagined from a popular and award-winning Skyrim mod, The Forgotten City is a time-looping murder mystery coming to PC and Xbox One in winter 2020.

Downloaded over two million times and snatching an award from the Writers’ Guild, The Forgotten City has remained one of Skyrim‘s most popular mods since its release in 2015. Quite deservedly, the unique time-bending story it presented is now getting re-imagined into its own game, developed by Modern Storyteller and published by Dear Villagers.

The Forgotten City transports players back in time to a precarious Utopia, where 26 ancient Romans live in fear of the Golden Rule: “The many shall suffer for the sins of the one”. In this place, if just one person sins, everybody dies.

You must relive the city’s final day in an ever-repeating time-loop; uncovering new information, making new choices and changing events with each repetition. As you explore the free-roaming world, you will come across puzzles and difficult moral choices which stand between you and uncovering the mystery, resulting in multiple endings.

The scope of The Forgotten City has been widely expanded from the original mod, letting the creators fully realise the vision they had for the project. “The support of Dear Villagers has already been an incredible boon,” says Nick Pearce, founder of Modern Storyteller, “allowing me to focus on a world and narrative more detailed than I ever imagined when working on the mod.”

The Forgotten City is coming to Xbox One and PC in winter 2020. Check out the new teaser trailer below, or head over to the game’s Steam Store page for more information.