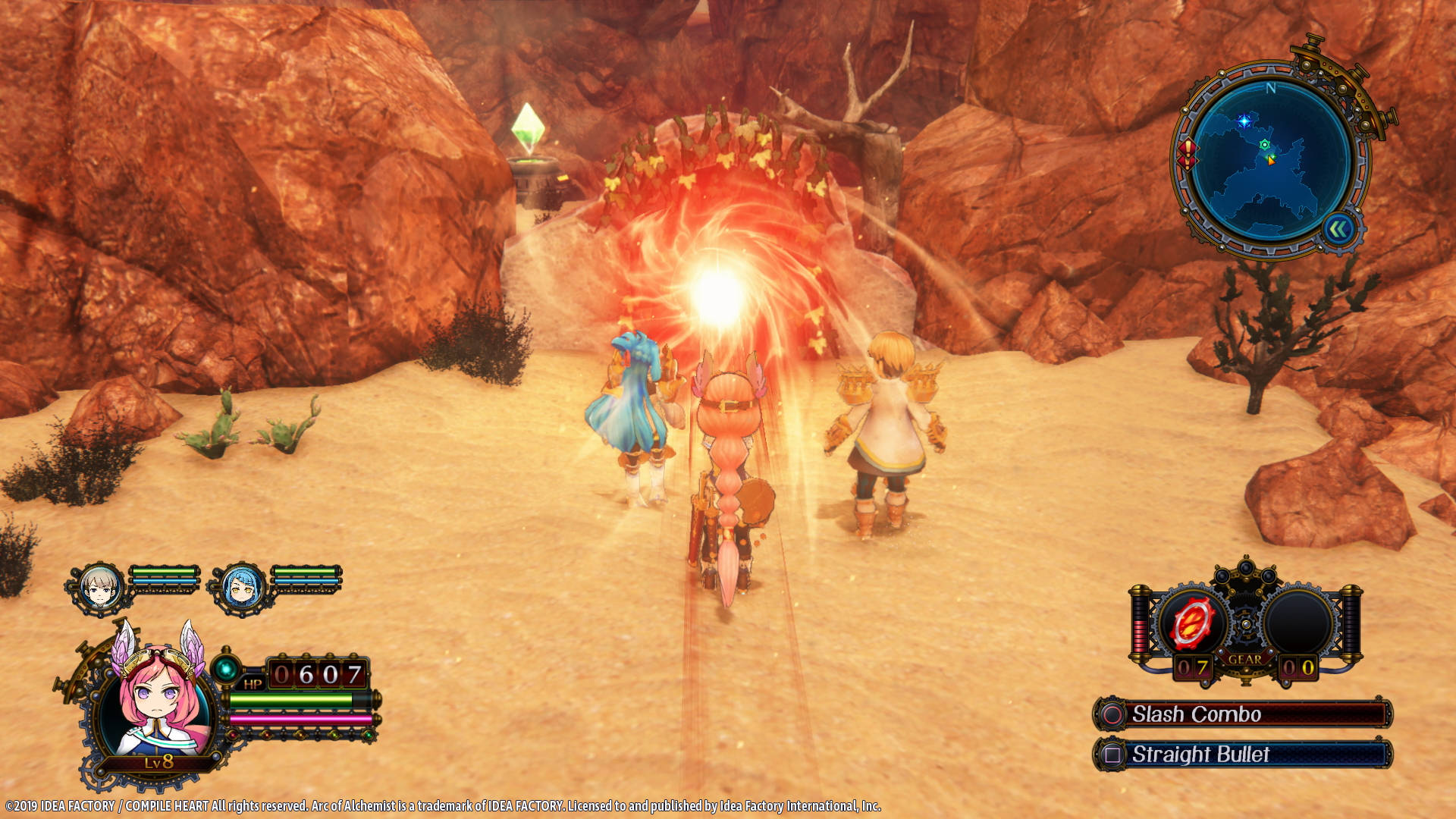 Idea Factory International released new media for the upcoming PlayStation 4 and Nintendo Switch title Arc of Alchemist. A minute-long trailer gives a quick overview of the game’s combat, exploration, and base-building systems, while new screenshots highlight the Lunagear, a special piece of equipment that uses four types of elemental orb to overcome obstacles during exploration and generate powerful attacks in combat.

Arc of Alchemist follows Quinn Bravesford and her allies as they search the great desert, looking for a device that can reverse the planet’s desertification and save humanity. The western release will feature both English and Japanese voice acting, with both versions including all of the additions made for the game’s Japanese Nintendo Switch release, such as the ability for players to freely switch between party members. The game will be released for PlayStation 4 and Nintendo Switch in North America on January 30, 2020, with the European release following a day later on January 31, 2020.